I am about to start an experiment.  Setting plans to travel.  Going to full-time RV in my new 24 foot travel trailer that I will tow behind my 4wd Ford Expedition.  Where?  I’ll get back to you on that!  Time to retire early in 2017.  Going to set out and travel to places I have always wanted to see.  Visit the most beautiful places this country has to offer.  National Parks for sure.  Want to learn to fly fish.   END_OF_DOCUMENT_TOKEN_TO_BE_REPLACED

Early September, my travels will take me to a Magical Place.  Monument Valley.  The land of the Navajo Indian Code Talkers.  A place where many western movies were filmed by the late film director John Ford and actor John Wayne.  Located within the Navajo Nation on the Utah / Arizona border in one of the most remote locations in the United States, you have to make an effort to get to Monument Valley.  You have to seek.  You have to drive.  Forget cell phone and Internet coverage.  There isn’t any.  I will spend a week there.  To look.  To see.  It promises to be a location of unparalleled beauty and breathtaking scenery.

I share with you this HD Video of Monument Valley.

Last Sunday, enjoyed a beautiful evening concert here at the Palisades RV Park in Gunnison, CO.  Even the neighboring cows seemed to enjoy the event. 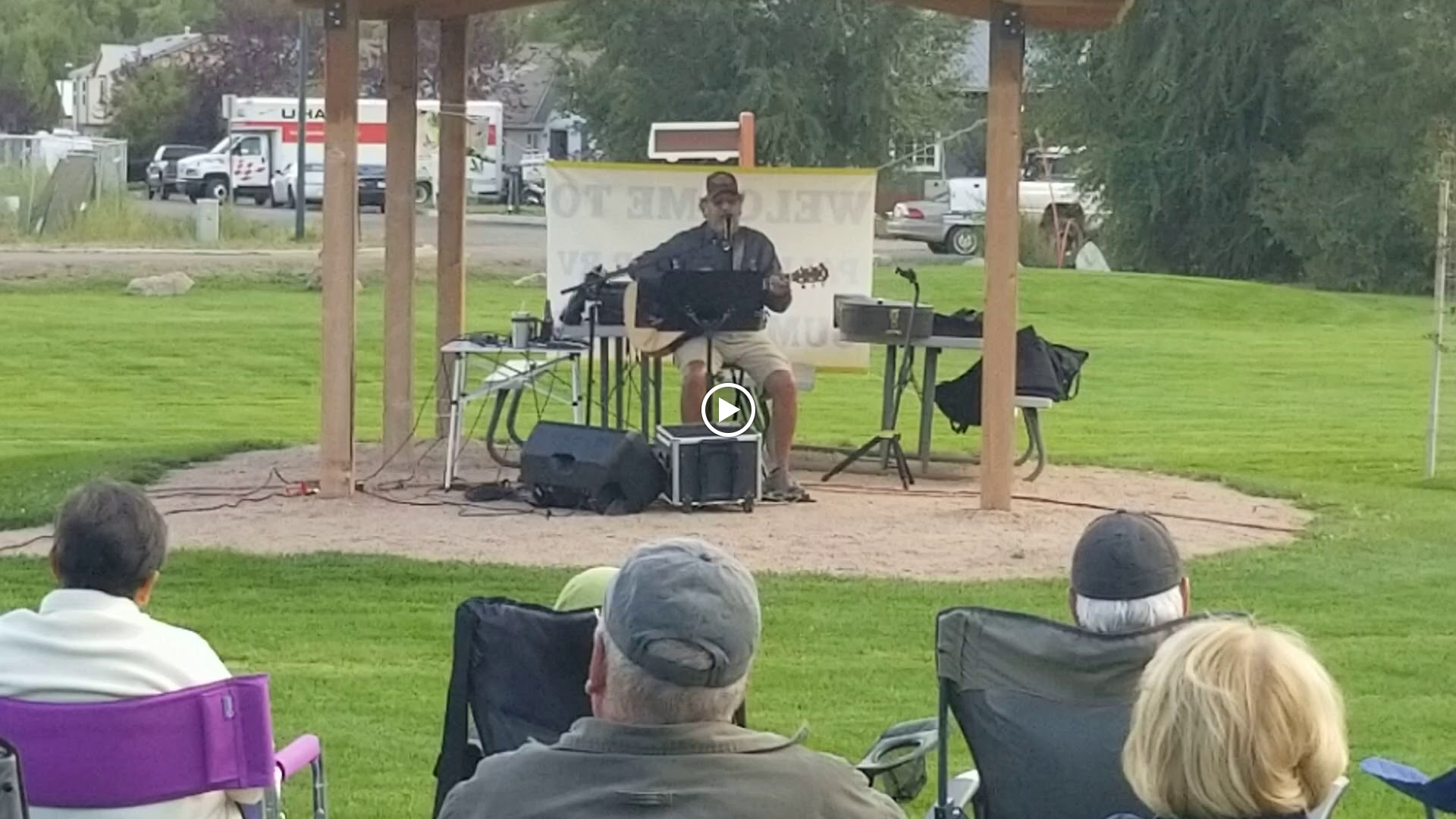 This coming Friday, heading north 140 miles out of Santa Fe, New Mexico, to the Conejos River in southern Colorado for 5 days of fly fishing.  Have a reserved campsite, as shown in the picture, that backs up to the Conejos River.  Beautiful country.  Will be great to be back in Colorado!

Jeannie and I attended our fly fishing class at Santa Cruz Lake, NM last Saturday.  Overcast, rainy day, but we had a lot of fun.  Class is sponsored by the Santa Fe Community College in conjunction with The Reel Life fly shop in Santa Fe.  Tomorrow, we head for the great Rio Grande.  Should be fun!

Brother Jeff and I share our first car.  Can you identify our cool car?

A Polaroid Picture my Dad took of my brother Jeff Ord (L), age 6 and me, Tom Ord (R), age 8 displaying our catch of Rainbow Trout.  circa Colorado 1959.

On June 1, 2018, Santa Fe, New Mexico, I had the rare opportunity to “Hitch A Ride” on a B-25 Mitchell WW2 Bomber “Maid In The Shade.”  The Arizona Commemorative Air Force (AZCAF) owns the aircraft and tours the United States and Canada offering rides to enthusiasts.  This aircraft was stationed in Corsica in 1944 and flew 15 missions over southern Italy in WW2.  After the war, the plane changed hands with many different owners.  When the AZCAF took ownership, the plane was in Minnesota.  The aircraft was in terrible condition.  They had to ferry the plane from Minnesota, stopping and landing every 100 miles to add oil to the engines, to Texas to house in a hangar for restoration.  With volunteers spending thousands of hours working on this plane, restoration was completed after 28 years!  What a piece of history to share with today’s generations!  If you ever get a chance to fly with the AZCAF in one of their restored WW2 aircraft, do it!  I assure you, it will be a lifetime event you will never forget.

Many thanks and credit to Jeannie for her assistance in shooting pictures and videos.  She helped to make the event special.

VIDEO LINK  Videos of “Maid In The Shade”

PICTURES LINK Pictures of “Maid In The Shade”

I had the opportunity to redesign and produce the web site for my brother Jeff’s business, http://www.ForkliftSafety.com My brother’s company has been the leader in the OSHA Compliant Forklift Safety Training Business for over 25 years.  A special “shout Out” to my friend Mark Daigneault for his assistance in logo design, animation and graphics.  Mark’s work is always second to none.  http://www.ForkliftSafety.com

I have always been fascinated by rainbows.  They are perfect in so many ways.  No matter where in the world that rainbows appear, the order of the bands of color always remains the same.  ROY G BIV:  Red – Orange – Yellow – Green – Blue – Indigo – Violet  Look carefully at the photo of this rainbow.  You will see the bands of color are in perfect order, ROY G BIV.  Nature always seems to place things in the right order.

Enjoy the following song “Looking For A Rainbow” by Chris Rea.  Hope you enjoy!

Bout' a year ago, I decided if I was going to go on a Travel Expedition", I better buy an "Expedition." Spent a year customizing my 4WD truck, new suspension, Garmin GPS with satellite tracking, cell phone booster, real time weather mapping, new all terrain tires and stereo. Pleased how the truck turned out. Take a look.